Adding names to your journal entries will allow you to generate reports by marketplace within QuickBooks by displaying your columns by customers.

If you have multiple stores on Shopify or multiple marketplaces on Amazon, and you’re using A2X with QuickBooks, by default the name column will be blank:

This generally doesn’t pose any problem, as the information will be within the description of the invoice. However, if you want to run reports in QuickBooks by marketplace or store, you wouldn’t easily be able to split the transactions by which marketplace they came from. 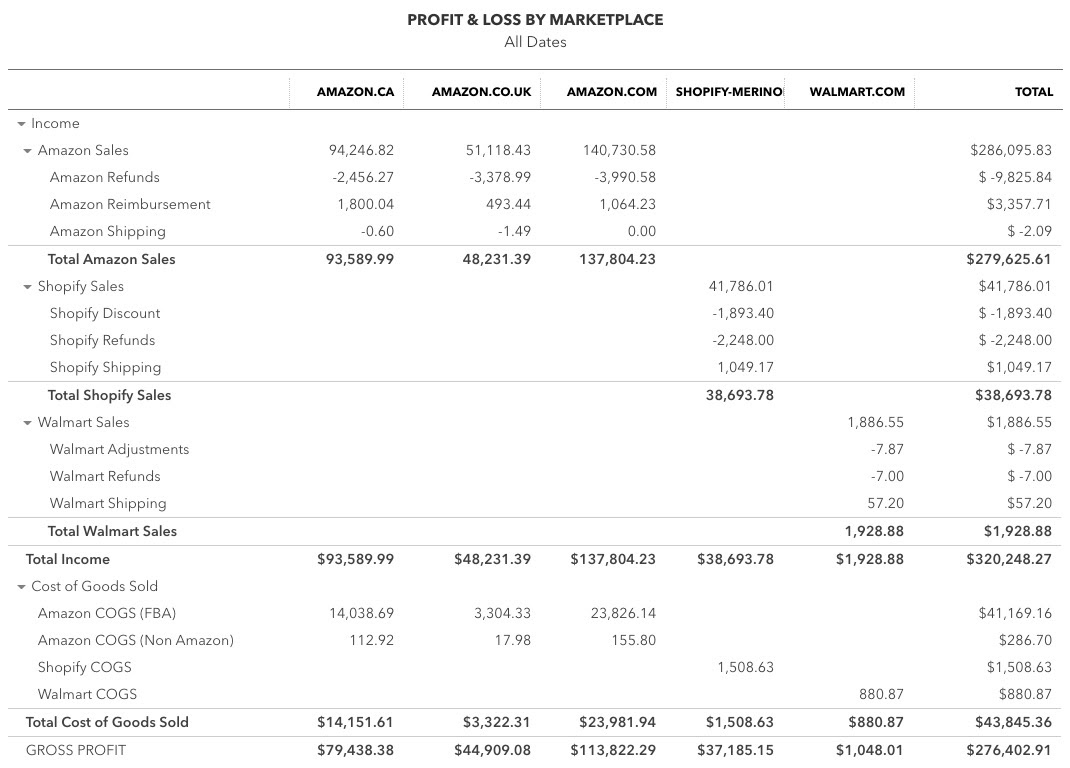 In addition, you have the option to use this name by marketplace feature alongside the advanced classes feature. This will allow the classes to be mapped at a transaction level which can be used for tracking product groups or other tracking categories, and also for generating a report by marketplace.